Home > Blog > Article on “The Benefits of Yoga and Meditation”

Article on “The Benefits of Yoga and Meditation” 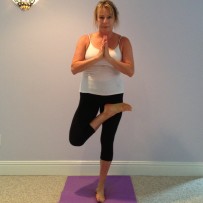 In combination with her academic career as an English professor and administrator, Karen taught each quarter Yoga and Meditation Classes and Workshops in the Continuing Education program at Kennesaw State University. She was on the faculty at KSU from 1976-1995.

My first yoga class, nearly twenty years ago now, was taught in a small classroom in one of the big churches on Peachtree Road in Buckhead where I grew up. My mother, sister, and I all enrolled that summer in a kind of “try-something-new-for-enrichment” class. From a traditional family involved in mainstream kinds of activities, we didn’t know at all what to expect from such a course, but we decided that we could at least have fun together and probably learn something in the process. We weren’t disappointed. Especially for my sister Ki (long a dancer and teacher with the Atlanta School of Ballet) and me, a new door was opened, new concepts introduced which, no doubt, we will continue to explore the rest of this lifetime.

In graduate school at this time in the early ’70s, I was teaching freshman composition and working on my Ph.D. in English at Georgia State University. During the couple of years following the yoga class, I had continued the practice of yoga and had begun teaching yoga classes at Georgia State in the fall of 1974. The afternoon in the Spring of 1975 when I was to defend my dissertation–a stressful situation at best!–I was also scheduled to teach a yoga class. Instead of cancelling the yoga class, I chose to teach it because I already knew of no better way to calm down and also remain alert than to be engaged in the relaxing, soothing, yet energizing practice of yoga and meditation.

The benefits of yoga and meditation are numerous. The slow, deep breathing, a foundation of yoga, provides much oxygen to the blood, benefitting the circulatory system and, hence, all parts of the body. With more oxygen to the brain, we think better, sleep better, and generally feel better. The breathing, combined with the stretching and relaxing of the body, also increases the body’s flexibility and strength, in addition to an increased ability to relax, even for “Type A” personalities. People who practice yoga develop greater immunity to disease, and rejuvenating effects are legendary because of the spine’s increased limberness and flexibility.

Yoga is a very gentle, yet powerful healing tool which one may start early in life and continue–or start–well into retirement years. Nothing hurts in yoga, and it is completely non-competitive, for one is working only with oneself. Toxins, tensions, even past traumas literally can be released from the body, and one becomes clearer and freer of past “baggage.” A life-long activity, yoga keeps one alert, youthful, physically fit, and feeling good physically, mentally, emotionally, and spiritually. And the people who participate in yoga classes I’ve found to be wonderful!